Click here to manage your subscription or unsubscribe from BiblioBlast.

Start Your Year On The Right Foot

Get Answers To Your Clinical Questions

Some Journals available On The Clinical Key platform

Some E-Books Available On The Clinical Key platform 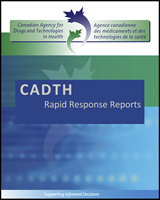 1000 mg versus 600/650 mg acetaminophen for pain or fever: a review of the clinical efficacy, prepared by Canadian Agency for Drugs and Technologies in Health, Publication Date: 2016

Please share your thoughts, ideas and suggestions to help us implement services and resources to meet your needs!

Get Answers To Your Clinical Questions "ACP and DynaMed Plus have created a partnership focused on providing the most current, unbiased, evidence-based information to enable physicians to help them provide the best care possible to their patients. ACP clinical leadership develops and maintains DynaMed Plus internal medicine topics and multiple members of ACP are part of the DynaMed Plus Executive Board. In addition, thousands of ACP tables, images and graphics are included in DynaMed Plus."--Publisher's Web site.

The new DynaMed Plus version has greater scope and functionality.  It is updated multiple times daily to insure currency.

For mobile registration, send a request to:dyamedsupport@ebscohost.com with your name and institution. Specify the D. Samuel Gottesman Library of the Albert Einstein College of Medicine as your library. Also specify type of mobile device. A serial number will be emailed within 24 hours.

Start Your Year On The Right Foot

Let us help you step up your research game.

For more information and for additional questions, contact the Reference Department at 718.430.3104 or e-mail askref@einstein.yu.edu.

Contact the Reference Department for more information, or to schedule an individual or small-group session.

See our full listing of events.

Some Journals Available On The Clinical Key platform

Some E-Books Available On The Clinical Key Platform